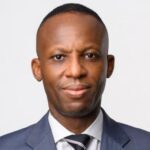 The project was an upgrade to the core banking solution to Oracle FLEXCUBE v12.0.2 at Access Bank subsidiaries in 10 countries. The solution had already been deployed at the bank’s headquarters in Lagos, Nigeria. The project covered:

The merger of newly acquired Cavmont Bank in Zambia which required migration from third party applications and integration with the FLEXCUBE.

A further 2 banks required migration from third party applications and integration with the FLEXCUBE – Transnational Bank in Kenya and Gro Bank in South Africa.

Greenfield implementations in Guinea and Cameroon.

Ade Bajomo (AB), Executive Director – IT & Operations at Access Bank, explains the business drivers behind the bank’s decision to initiate the project:

AB: “Access Bank has been on an expansion path over the years and has 10 subsidiaries in 10 African countries and is further expanding. The backend applications used across the subsidiaries were dissimilar – multiple versions of the software, inadequate production support from OEM for tech stack and core banking platform due to the obsolescence of application version, independent satellite applications, lack of standard modern interfaceability between applications, etc.; these created multiple challenges. Technology obsolescence at certain areas, lack of harmony and group level consolidation, inability to launch new products and bring them to market quickly.”

Read more from the IBS Intelligence - Leadership Interview
Business Drivers that led to the initiation of the project.

Ade Bajomo (AB)  , Executive Director – IT & Operations at Access Bank, explains  “Access Bank has been on an expansion path over the years and has 10 subsidiaries in 10 African countries and is further expanding. The backend applications used across the subsidiaries were dissimilar – multiple versions of the software, inadequate production support from OEM for tech stack and core banking platform due to the obsolescence of application version, independent satellite applications, lack of standard modern interfaceability between applications, etc.; these created multiple challenges. Technology obsolescence at certain areas, lack of harmony and group level consolidation, inability to launch new products and bring them to market quickly.”

What was the proposed solution?

AB: “Our management and technology review committee decided on a two-phase technology upgrade. Phase 1 to harmonise the solutions across all the subsidiaries to Oracle Flexcube 12.0.2 which is used at the HQ in Lagos, Nigeria. In Phase 2 all subsidiaries and the HQ would upgrade to the latest version of Oracle FLEXCUBE 14.x. Since Access Bank has been using the FLEXCUBE core banking system and the primary goal of the program was solution harmonization – Oracle FLEXCUBE 12.0.2 was an automatic choice.”

How was Finonyx chosen as the partner?
AB: “Post finalisation of the upgrade programme and project plan, Access wanted to bring on board an implementation partner to deliver the program. Finonyx was one of the vendors that met the rigorous evaluation and due-diligence criteria that were set up. Access Bank has associated with Finonyx in one of our earlier successful projects; the efforts and commitment shown by the team steered our decision in favour of Finonyx.”

N V Subba Reddy (NVSR), Managing Director and CEO of Finonyx Software Solutions added: “Finonyx was proud to be associated with Access Bank. In 2019 Access Bank acquired Diamond Bank Limited, Nigeria, Finonyx was the delivery partner for the merger project, and we were able to demonstrate our commitment and quality of delivery. This was a reassurance for the Access Bank management to select Finonyx over competing vendors for this ambitious, multi-country implementation programme.”
What was the implementation process?

“Given the number of countries and dissimilarity of systems, a stream approach was followed which significantly helped the synergies between the teams at the bank and Finonyx. This also meant that our teams were organised and synchronised for each of these project activities. Our teams could complete a project activity in one country and move on to execute the similar activity at the next country with a precision that simulated an assembly line.

“For instance, the infrastructure team would complete the installation and configuration in Country A, move to Country B and then to C and so on. This was followed by the PWT and training teams, Parameterisation team etc. The same approach was followed across all sites and at 8 countries the applications are live.”

How was the implementation managed by the bank?

AB: “For Access Bank, this is a key programme and a critical element in our technology road map. We had to ensure a conflict free project plan and meet the timelines set towards completion of the project. As a first step – a robust implementation structure and a command centre headed by me as Executive Director was set up in Lagos – the team included the IT, business and operations departments full time at the HQ and the local IT and business teams in the respective countries. The team from Finonyx was aligned to our project team structure. This comprehensive delivery structure involving IT, business and operations teams and a meticulous governance process in the programme plan were instrumental in the overall programme success.

“With this structure in place, the majority of the project was delivered remotely and necessitated only minimal travel for consultants to the local sites. Consultants were required to be onsite only for countries with larger data volumes and the complexity of the sites (interfaces/non-FLEXCUBE
legacy application, etc.) around the time of go-lives.

“Currently the solution is live at 8 countries and the final 2 sites are on- course to go-live by end of August and September 2022, respectively.”

How was the project affected by the pandemic?

NVSR: “We had our share of challenges because of the pandemic. The project was initiated around the first wave of the pandemic due to which we had to take a step back and re-evaluate our plans. The traditional model of onsite implementation was not possible. Over multiple discussion with the team from Access Bank, an offshore delivery model was agreed upon. Effective communication and a robust governance process were formulated and implemented to ensure that the project remained on course to meet the timelines set for country specific go-lives.

“Project participants were affected by Covid-19 infections. However, alternate resource back-up plans were in place to ensure no/minimal disruptions in the execution of programme activities. All challenges, logistical, operational, technical, and managerial, were overcome by the delivery team alongside the creation of an implementation command centre for seamless execution.”

“Access bank is on an aggressive technology transformation journey, the first step towards this is the system standardisation across
subsidiaries. This required a time-bound project plan and a team that has the solution expertise and regional understanding. We
are appreciative of the efforts put forward by the Finonyx Team in ensuring success of this project. Our decision to onboard Finonyx as
the strategic partner stands validated.” Ade Bajomo, Executive Director – IT & Operations, Access Bank Plc

What benefits have accrued to the bank because of this implementation?

• Introduction of Universal Banking System as against 2 separate applications for retail and corporate businesses.

• Standardisation of operating procedures across subsidiaries.

• MIS consolidations have become much easier at the group level daily.

• Significant reduction in the overall programme budget, IT support and management costs.

Ready to get Started?

Future Proof Your Technology Investments with A Partner you can Trust